So the follow up to the HTC Desire is nearly upon us – the HTC Desire HD. Not very imaginatively named I know, and you could be mistaken for thinking that this was just another iterative update, but I think that this new phone actually represents a landmark in the smartphone market, a quiet changing of the guard even. 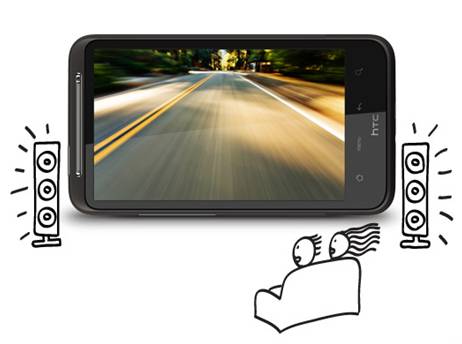 HTC have been around for a while making loads of different smartphones of consistently high quality, but they’ve never really managed to get people excited about them as a brand.

The first HTC Desire started to change all that. It was the first phone that really started to compete with and even outdo the iPhone. One of HTCs biggest problems however was one of branding. HTC isn’t a brand it’s an acronym – the High Tech Company. And each phone they brought out tried so hard to sound exciting, but just ended up sounding a bit naff – the Hero, the Magic, the Legend, Nexus One, the Desire.

None of these phones quite lived up to their names, none of them was the giant killer that they were supposed to be (even the Desire) and none of them managed to become a brand in their own right. There’s nothing that was able to compete on a brand level with “iPhone”

So what is different now?

1) The first thing that has gone right for them is that they managed to land during a lull in the Apple marketing machine and indeed when Apple did come back into the frame it was a with a bit of a mixed bag. Bias aside, the iphone 4 is a admittedlygreat bit of kit, but not without it’s highly publicised technical flaws, and the iPad, though a joy to use is always going to have the “It’s just a big iPhone” type comparison. In this context, HTC and the Desire have managed to compete on a more level PR playing field with Apple, which would just have been unheard of 18 months ago

2) They’ve stuck with the Desire name and turned it into a franchise – the Desire HD and the Desire Z both come out in the next few weeks and their respective marketing campaigns will start to generate significant recognition for the name. This might not seem significant, but when you look at all the different names they and their competitors are using, it’s probably the first non-apple phone since the Motorola RAZR to achieve such a thing.

3) They are bringing out different models for different consumers – the Desire HD is clearly aimed at the entertainment focused user, the Desire Z (with a slide out Qwerty keyboard) is aimed at the business user and frankly I’m surprised they didn’t call the Wildfire a Desire Mini to appeal to the financially challenged teen market. This enables consumers to buy into a successful franchise without having to make compromises and represents a significant departure from the iPhone way of doing things.

These are all interesting developments and important for establishing HTC as a brand, but I think the most exciting thing they’ve done is not to do with the actual phone but instead is a piece of news that I just found out about 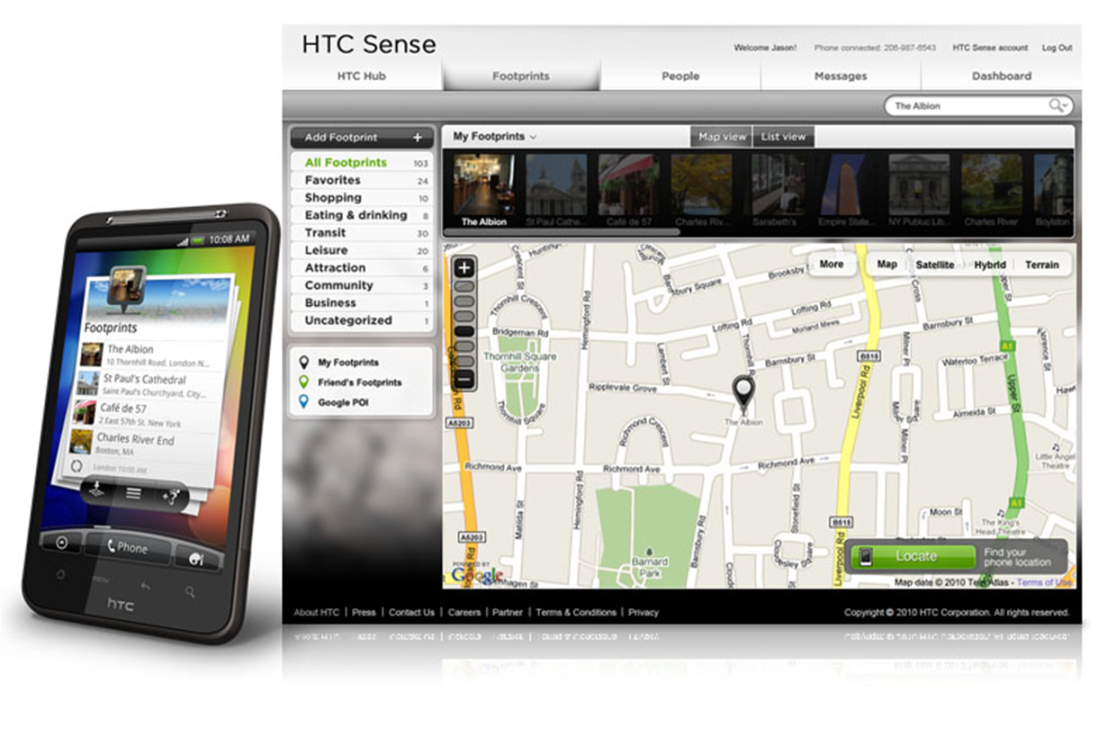 With the launch of the two new Desire models they are also launching a website called http://www.HTCSense.com . This website, (named after the highly acclaimed “Sense” user interface that HTC have created for their windows and android phones) will provide some really compelling functionality for all users of HTC phones. Examples of this functionality include:

– The ability to make your phone ring loudly if you have lost it – even if you have it on silent.

– Not just limited to finding lost phones, if you leave your phone at home, you will also be able to send and receive text messages and see any missed calls that you have

As people become more and more dependent on their phones these are all highly valuable functions and services that will really start to make the HTC brand really sticky. I assume that the services will also include an automatic syncing of their contacts with their online account.

This is HTC really planning for the long term. When consumers come to upgrade their current HTC Sense driven phones, they will be incredibly reluctant to have to leave all of those services behind and have to install them in a new device. The HTCSense.com can expect to generate a powerful sense of loyalty and stickiness that only Apple has come close to so far

This is the first time since the launch of the first iPhone that I’ve seen a mobile technology provider really start to do something different for it’s consumers. I for one really hope it works

Just discovered this. I haven’t got loads to say except that it is a lovely piece of creative that really gets the idea of how and why social media is such a driving force amongst most youth audiences these days.

So Halo Reach came out today at midnight – the final episode in the Halo Franchise to be made by Bungie (the original game’s creators). Now (a) I’m pretty sure I’ve heard that before – about 3 times since Halo 3 was launched and (b) Microsoft will be still making Halo games, so fans of the series don’t have to stress too much, but nonetheless, this is a pretty huge game launch and by all accounts the game lives up to the hype.

The hype has been pretty standard fare, lots of online trailers and screenshots in the gaming press and websites, the trailer hit TV about 2-3 weeks ago (in the UK at least) and they’ve had the now obligatory midnight launch with people queueing around the block to be one of the first to own it. It’s a marketing strategy that I would have written as fast as you could say “Call of Duty: Modern Warfare 2” 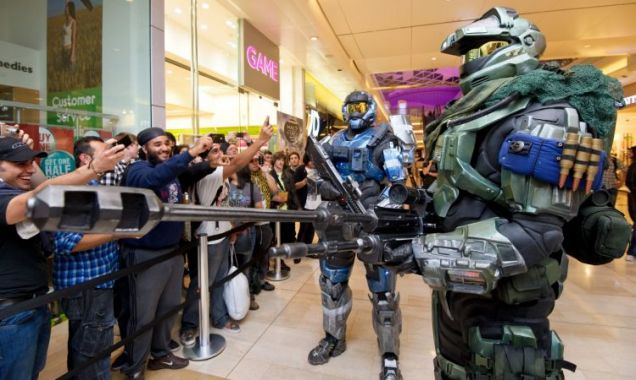 This piece of publicity however was a bit different. This Halo game is supposed to be great but essentially the same as all the other Halo games, so they are making a big deal out of the fact that the Spartan soldiers now have JETPACKS!! Yes you heard me correctly JET….. PACKS…… The only thing cooler than games about futuristic 7 foot tall space warriors to a teenage boy is a game about a futuristic 7 foot tall space warrior that wears a fricking jet pack. Frankly I don’t know what took them so long.

The one thing that every kid wants is a jet pack – well actually we just wanted to be able to fly, but when we realised that we weren’t going to magically develop superpowers a jet pack was the next best thing. Even though (and maybe because) they are a basically pointless and incredibly hazardous form of transport, we want them. And just because I’m now 33 doesn’t mean that I wouldn’t sell my grandmother into slavery to get one (a bargain frankly).

A great idea for a stunt until you realise 2 things

Oh well, maybe 3 more people will see it now if they read my blog.

I still want one. And I’m buying Halo: Reach tonight! Not sure I’ll bother with the “Legendary Edition” though