I haven’t had an Apple rant in about a year, so those fanboys out there can look away now, you know what to expect. Except the next line might surprise you.

Apple’s NEW iPad went on sale last week to rapturous acclaim from all the Apple acolytes around the world, and for the first time ever, I wanted one. I’ve never truly desired any product made by Apple, (I know, I’m weird,) but when I saw this NEW iPad I had an irrational urge to own one. Well for about 5 minutes anyway.

OK if you are going to push it, it is prettier due to a really impressive high-resolution so called “retina” display.

And that is it. Just like the iPad 2 (and the original iPad) but a bit “More”

As far as I can tell the NEW iPad is nothing except a series of incremental improvements to the iPad 2 with one big incremental improvement to the screen. All the other improvements to camera and processing power are just to make sure that the experience of using the NEW iPad lives up to the experience of using the old one (because 4 times as many pixels requires a lot more processing power to render and photos from a 3 megapixel camera would look pretty crap on that screen)

As far as I can tell, there is absolutely nothing new or inventive or innovative about the NEW iPad. And yet people will buy it in their droves because of that screen. It is a truly breathtaking piece of technology with images displayed in the usual slick Apple way and people will have a visceral gut reaction to it that will overcome any rational objections to the rest of it. Apparently 16,000 iPad2s recently landed on ebay as all the leading majority decided that they just HAD to upgrade. 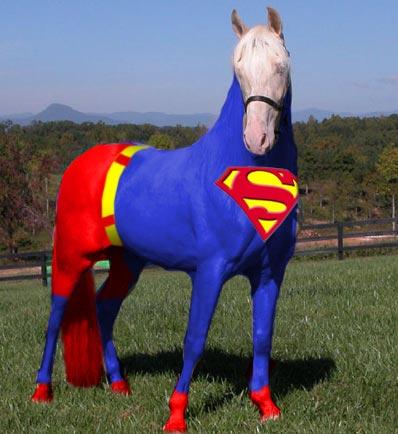 And that in a nutshell is what Apple do best. They make faster horses, because that’s what everyone wants. They’ve realised that they could spend vast amounts on R&D creating completely new product functionality 90% of which would be a commercial failure, or they can just wait for Samsung or Sony or Acer or Archos or HTC or even Nokia to develop something new that is a commercial success and then they’ll spend a couple of years thinking about it and eventually release it (in an admittedly perfect incarnation) as a great new innovation.

What they would never do for example is release something like the Samsung Galaxy Note 10.1.

This is a new Android tablet from Samsung that incorporates a true digital stylus with a digitised screen (the technology used by CAD Draftsmen to design pretty much everything). It looks pretty amazing and I can see a huge amount of potential functionality that it provides that no other tablet can do. I also think that there is a good chance that it will be reasonably commercial successful. The original Galaxy Note has seen pretty respectable sales (after an admittedly slow start) considering that it is a fairly niche product that sits half way between a phone and a tablet and I actually think that the market for the 10.1 is significantly bigger. I’m pretty sure that I want one.

The thing is, it’s fine to have a corporation that just make perfected, more expensive versions of products that other companies invented. It’s absolutely fine and frankly we deserve products that just WORK the way that Apple products do. It was absolutely great for Apple to be the way they are when they were the challenger brand, forcing Microsoft to stay honest.

The problem comes when that corporation becomes the biggest company in the world.

It’s a problem when they move from being a niche minority product for rich people to being the market leader that has a vested interest in maintaining the status quo. It is a problem when their sales volumes are so high that they can actually price traditionally cheaper more innovative competitors out of the market. That is when you start to see a stagnation in innovation.

And I think that we are already seeing it. Take a look at the new HTC range. HTC has been a really interesting challenger to Apple’s domination over the past few years, but their recent showing at the technology expo’s is worrying. The new HTC One X is their new flagship phone and what does it actually do that is new? More pixels on the screen, better camera, faster processer. Sound familiar? It’s just another faster horse.

The problem also is an issue for Apple itself: Apple are the most valuable company in the world and yet they only really make about 4 products. There is zero room for failure in that model. If the next iPad or iPhone or Airbook came out and bombed, that would be 25% of their business in serious jeopardy. So they will always err on the side of caution and keep making faster horses rather than take any real risks. They’ve tried it once or twice with products such as Apple TV, but there was very little conviction in that effort. Apple are stuck in a cycle where they have to keep making the same product with just a bit “more” over and over again. They actually need the other companies to test new innovations on the public or they will have nothing to copy!

Well I for one will be supporting the true innovators, the companies that are willing to take a chance, that accept the fact that with true progress comes the chance of failure. I might end up buying a shit product, true, but I might just end up supporting something that actually moves the pace of technology forwards a tiny bit and I can feel good about that.